If you try debugging macaca run directly you’ll notice it won’t pause on your breakpoints. The reason for that is that your test cases intest.js aren’t executed as part of the main Macaca process, but separately through Mocha. To debug our tests we need to launch the Macaca server separately from the Mocha process.

Then locate the Mocha executable. In my case that was node_modules/.bin/_mocha.

Then run Mocha and pass in the test file you’d like to run:

You can now debug Mocha and your tests like any other Node module. Here’s an example:

The example below uses devtool, but you can also use node --inspect or node-debug:

Put a debugger statement in the test case, and make sure Mocha doesn’t kill your test if you run it for too long: 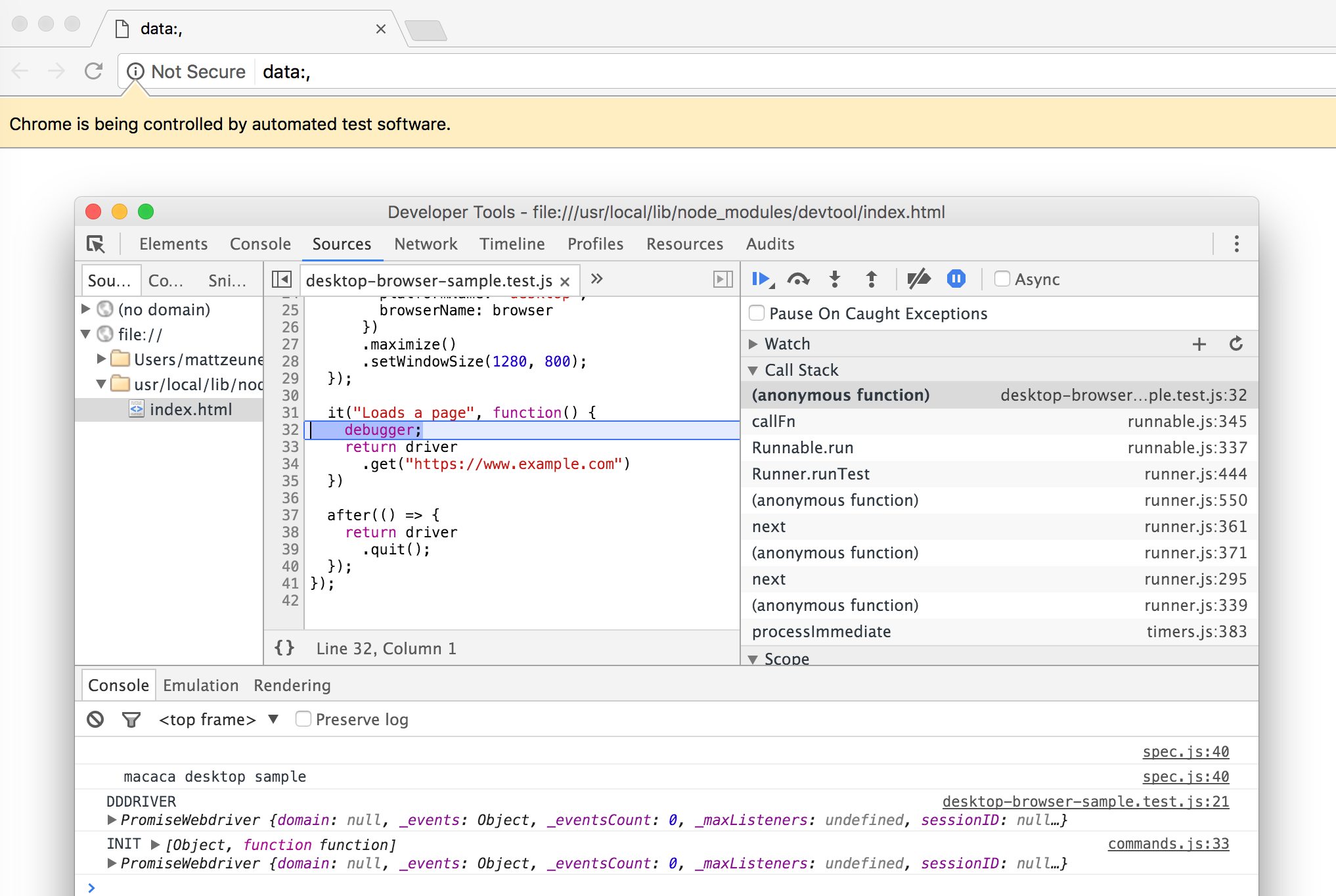 Webdriver’s asynchronous nature makes stepping through a bit more difficult. If you just click on “Step over” the debugger won’t pause in the right place.

A workaround is to insert a bunch of debugger statements upfront:

After pausing, click “Resume” to run the next step.

When writing a new test case it’s helpful to try out commands without re-starting the mocha process and re-running your existing code.

To manually run commands in the console we need to make sure that the original test doesn’t finish and that we can access driver in the console:

Now you can run custom commands in the console using the global driver variable. 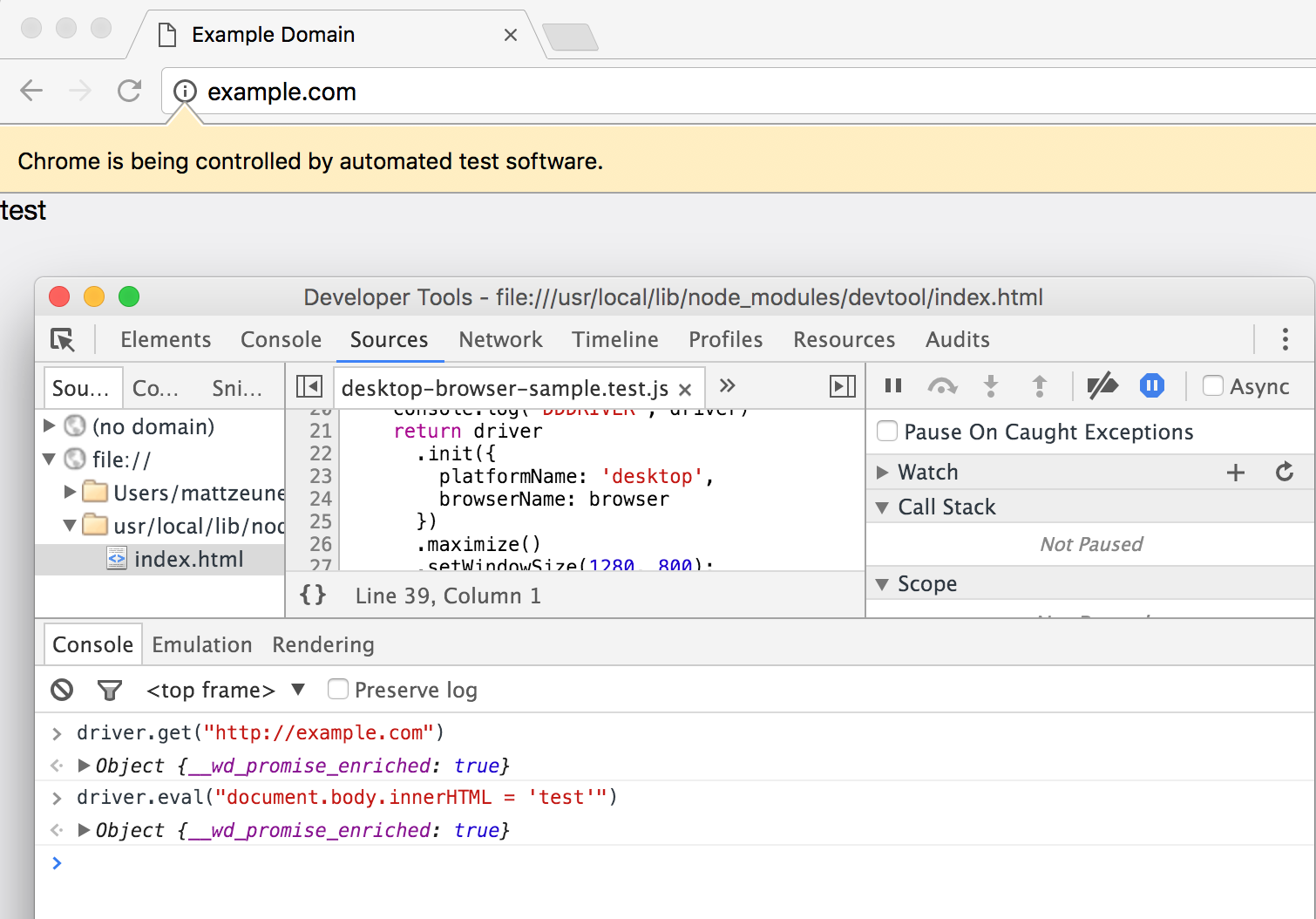