Building Chromium locally wasn’t quite as bad as I expected it to be. For the most part it was enough to just follow the general guide, although the Mac specific one gives some more info about installing dependencies.

But assuming your computer is set up correctly these are the only steps required to build Chromium:

It takes a while, I’m guessing maybe 4 hours on my machine. My laptop went to sleep several times, but when it woke up the build just continued as before.

Still, I managed to run into a few problems.

Don’t try to build from a broken commit

At first I was getting this message when running gn gen out/Default.

Turns out my local version of the source code was broken. The Mac build guide suggests that you check the current build status first, but I didn’t really get what I was supposed to do.

You want to look for the column for your build environment and make sure it’s green.

If it’s not, find the last commit where it was green and do a git reset. So in the example above the last green Mac commit is 469b0eeb77b2, so you run git reset 469b0eeb77b2.

Make sure you have enough disk space

My build was almost done when this happened.

My out/Default directory is taking up 46GB of disk space. Make sure you have enough free space.

I thought I would have to rerun the whole build, but when I restarted the ninja command it just continued where it left off.

Once Chrome is done just run out/Default/Chromium.app/Contents/MacOS/Chromium from the src directory. 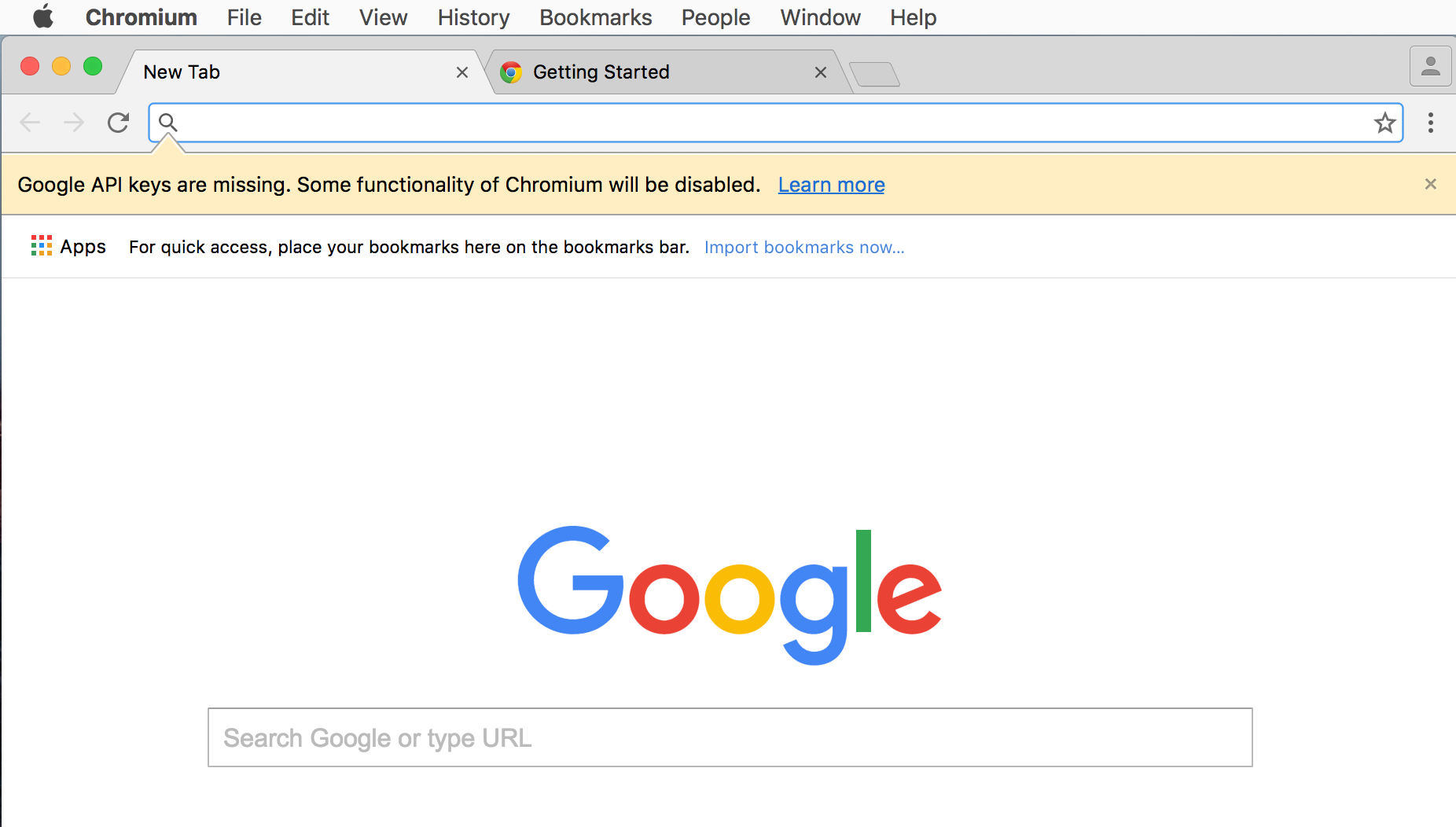